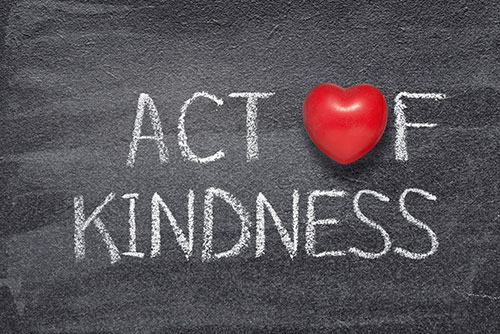 It’s easy to imagine how you would spend your money if you ever won the lottery. Knowing this, have you ever thought about how you could use that money to help others? These former lottery winners can help give you some ideas.

After years of trying, Bob Erb finally bought a winning ticket. According to an article written by Alison Millington for businessinsider.com, “Canadian pot activist Bob Erb became $25 million richer in 2012 after buying a lottery ticket on the way to his father’s funeral in Calgary, The Huffington Post reports. He’d been buying tickets for 43 years. The seasonal construction worker planned to continue working and donate his wages to the food bank.”

All in the Family

When George and Beryl Keates won the lottery, they gifted a large portion of it to their family members without hesitation. The above mentioned article states, “They brought home £3.5 million, which they divvied out to family members, the Mirror reported. “We gave £250,000 to each of our four sons, £10,000 to each of our nine grandchildren and gave some money to our sisters,” they told the Mirror.” An incredibly generous gesture, they gave their posterity a huge leg up in terms of their finances.

Les Robins won the lottery and knew exactly what he wanted to do with the money. Having spent summers at camp in his youth, his one goal was the build something that would bring children joy. He was disappointed in the lack of camp options for kids today and decided to allocate a large portion of his newfound resources to create one. An article written for thebalanceeveryday.com states, “Robins founded Camp Winnegator on 226 acres that he bought with his lottery money, and it operated for over a decade. It provided children a low-cost place to go in the summer where they could horseback ride, craft, swim, and play on the lake. Best of all, the kids had a chance to disconnect from video games and cell phones and get in touch with nature and their real-life friends.”

When Sheelah Ryan won the lottery, she had cancer and knew her years were limited. She knew she needed to give most of it away. Thebalanceeveryday.com article states, “She created a charitable group to help organizations that provide aid for the underprivileged. Ryan only had six years to enjoy her winnings before dying of cancer, but The Ryan Foundation outlasted her, continuing to give grants to organizations that built low-cost housing, helped children who in need of operations they couldn’t afford, and aided senior citizens, especially in her home of Seminole County, Florida.” Her legacy is one that continues to help the less fortunate.

The majority of lottery winners tend to spend their millions on themselves within a few years. There’s something to be said about those who win and dedicate large portions of their money to improving the lives of others.