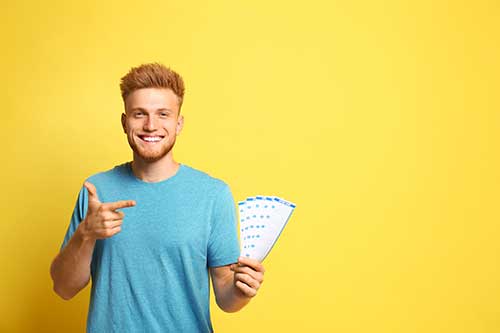 While there are many benefits to hosting a lottery on a state level, these advantages don’t always trickle down to the poor in advantageous ways. Is the lottery ethical? Does it do more harm than good? Let’s take a look at how the lottery negatively affects struggling populations.

Tax on the Poor

The poor contribute the most to the lottery; however, they’re the ones most negatively affected by it. Bryce Covert, a writer for thinkprogress.org states, “The odds of winning any lotto jackpot are extremely low. And that means people spend a lot of money without getting much, if anything, back. Players lose an average of 47 cents on the dollar each time they buy a ticket. And it’s those who can least afford to lose any money who are most likely to be buying tickets. Low-income people account for the majority of lottery sales, while sales are highest in the poorest areas. One study found that the poorest third of households buy more than half of the tickets sold in any given week.”

The instant gratification of a scratcher is almost too much for some gambling addicts to resist. Often times, they’ll buy one, scratch it right in the store, and immediately cash in whatever they’ve won to buy more tickets. This cancels out any money they may have taken home because they’re convinced they’ll up their chances of winning the more they play. It causes many people to overspend and does nothing to help change the economic status of participants. An analysis of ticket sale locations shows that the highest number of lotto retailers are located in poor areas. Additionally, many of these same areas are targeted by aggressive marketing strategies that encourage their participation in the lottery.

One of the most prominent tactics that the lottery uses to attract participates is false hope. This is another reason why they target low income populations. Steve Tripoli, a writer for npr.org states, “Cornell University economics and management professor David Just offers another reason why gamblers bite. “What appears to be happening is that they really believe that there’s going to be a return on this investment,” he says. Just and his colleagues crunched lottery data from 39 states. He says many people, especially the less educated, simply don’t understand how abysmal their chances are. Even if everyone did understand, Just says, his research shows why some still might play. “It’s the desperation play,” he says. “People don’t treat it like entertainment. Instead those — particularly those who are poor — are treating this more as an investment opportunity. It’s their Hail Mary pass to try and make it big.” For many, this means the lottery is like a well disguised trap. It’s a vice that takes money from families who could benefit from it.

There are pros and cons to having a state lottery. Is it an ethical thing to introduce into struggling communities? You’ll have to decide for yourself.