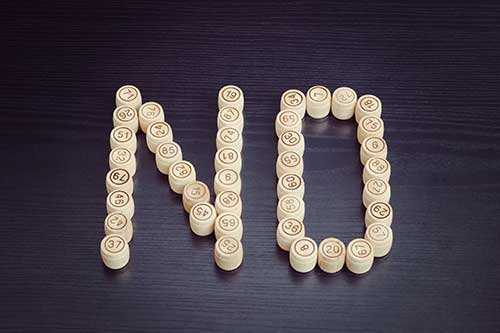 Lottery fanatics across the nation spend an exorbitant amount of money every day on tickets. Forty-five of the fifty states support and promote a state lotto. However, there are five states that have vehemently rejected the prospect time and time again.

Where is it Illegal?

Nevada, Alabama, Utah, Hawaii and Alaska are the five states in which the lottery is illegal.

Each state has compelling reasons as to why they don’t allow it. Brad Tuttle, a writer for money.com explains each state’s reasoning. He writes, “Why do some states refuse to sell Powerball tickets, or have state lotteries at all? The reasons vary. A BBC story published during an earlier giant Powerball jackpot frenzy in 2015 noted that Hawaii has long feared that gambling would damage the tourism industry, while Alaska is awash in so much oil money it doesn’t need gambling revenues. Alabama and Utah, on the other hand, seem to be opposed to gambling of (almost) any kind due to the strong-held religious convictions of locals.”

The senator of Hawaii strongly believes that introducing gambling of any kind would attract a “different kind of people”. This hypothetical person would be different from the families and other tourists Hawaii currently sees. Additionally, it’s not currently clear whether Alabama would still vote ‘no’ on a state lottery. Their last serious discussion/vote on the topic seems to have been done in the 90’s.

It may seem strange that Nevada isn’t a lotto fan because the state has such a thriving gambling enterprise. It just so happens that legalized gambling is the major reason why Nevada is so against a state lottery. The above mentioned article also states, “Well, it seems they’re against state lotteries directly because casinos and private gambling operations are so huge locally. “[Casinos] say the more money people are spending on lotteries, the less they have to spend in casinos,” the Las Vegas Review-Journal summed up.” Casinos bring in such a huge portion of state funds. They ultimately fear the competition they would receive from lottery sales. It is unlikely that Nevada will ever discount the desires of the gambling industry. The revenue they bring to each state is too large. However, it’s not out of the realm of possibility. Mississippi is another state that has a large gambling enterprise and they recently became the 45th state to adopt a lottery.

There are always groups of people lobbying to bring the lottery to each of these states. While they’re always hopeful, this particular topic isn’t currently getting a top priority spot. However, the fact that schools, roads, and various other public services receive additional funds when their state hosts a lottery means that any of the remaining five states could eventually change their minds.

There’s no denying the financial benefits that each state receives from participating in the lottery. Forty-five other states have come on board. It wouldn’t be too surprising to see the final five follow suit.