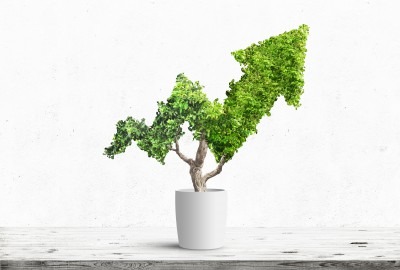 Winning the lottery does not guarantee financial security for the rest of your life. In fact, a high percentage of lottery winners end up broke after a couple years. However, not all are frivolous spenders. Here are a few of winners who invested their money wisely.

After Lavery won $11 million in the lottery, he stopped working and went on a binger for about six months. He was on a fast track to blowing his money and losing his life. He was struggling with depression and after his doctor told him to ‘get to work’, he decided to change his trajectory in a positive way. He invested his winnings into 33 investment properties as well as a whiskey distillery. He has more than tripled his investment and provides over 80 jobs for his community.

Duke won over $220 million dollars playing the lottery. He decided to invest his winnings into his two consulting companies. With the sudden influx of cash, he was able to take his businesses to the next level. His goal is to turn his millions into 1 billion dollars. Last interviewed, Duke mentioned he was confident he would meet that goal within the next few years. In an interview for Kiplinger.com, he is quoted as saying, “I have always desired to succeed, because I want to be able to offer the next generation three things; education, jobs in my companies and enough financial support to be able to implement their dreams.”

Wanless was a South Dakota rancher who was behind on his taxes. He was doing all he could to stay afloat, and even began selling scrap metal for money. He took a chance and ended up buying a winning lottery ticket. After winning $232 million, he was able to invest in himself and his community. The money helped ensure he would be able to continue to do what he loved. In addition, he promised to use the rest to help out members of his small community.

Mr. Hicks won the lottery and spent a large portion of his $1 million prize purchasing a McDonald’s franchise. After some time, he realized he wasn’t truly satisfied running it. He decided to sell the franchise and purchase a new one through Subway. He has been happily running his successful sandwich shop ever since.

In 2007, Jason Fry won $13 million playing the lottery. Initially, he made some frivolous purchases but quickly realized that his money wouldn’t last forever. He wanted to be able to make his money work for him so he decided to invest in a golf club. In addition to that, he invested in a company called ‘Battery Plus’ that produces batteries. Both of these investments have proved incredibly lucrative for him.

Having money does not guarantee success. Although winning the lottery has potential to change your life, it will only do so if you make a solid financial plan and invest well.