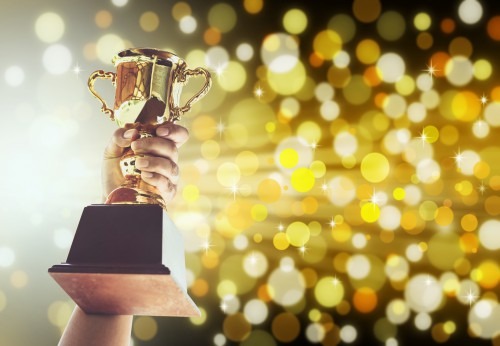 Sweepers are defined as people who enter numerous sweepstakes as a hobby. They dedicate time, money, and resources towards everything they’ll need to continuously enter. Some might consider this a waste of time, but these longtime sweepers disagree.

Patti has been a sweeper for more than 28 years. In that time, she has been the recipient of numerous prizes. She is quoted as saying, “I have won large cash prizes of $10,000, $5,000, and 18 U.S EE Savings Bonds ranging in value from $50-$1,000. I have won over 30 trips and cruises to places like London, Italy, Austria, Las Vegas, Toronto, Florida, and New York. I have also won a piano, four computers, Kindles, iPads, and TV’s in every size. In addition I have won many gift cards, appliances, toys, sporting equipment, and furniture.”

Rader has been a sweeper for over 25 years. When he first began sweepstaking as a hobby, his friends and family told him he would never win. Now, years later his winnings include, “trips to Hawaii, Japan, Alaska and Mexico, Caribbean cruises, a $100,000 RV and multiple cars are among the long list of loot Rader has collected” according to an article written by Rebecca Kimitch for dailynews.com. He isn’t concerned with winning though. He says the hobby adds excitement to his life.

Known as the ‘Contest Queen’, Wilman has spent so much time entering sweepstakes she has written two books on the subject. According to an article written by Nezihe Soyalan for Yahoo Finance, “Wilman has won everything from a bottle of soda to a trip for four to the 2010 Winter Olympics in Vancouver. In total, she has taken 16 trips of a lifetime – and none of it on her own dime. Some of her wins include a trip to London for a Harry Potter-themed costume dinner party dinner, a European Discovery 14-day Tour, a trip for two to Santorini, Greece, and a trip for two to Santa Fe, N.M.” She shares her sweepstake strategies with the public and enjoys helping others win.

Harriet Brown is a long time sweeper. She has been actively entering sweepstakes for over 50 years. She has developed a strategy for winning based on the zip code you mail your entries to. According to an article written by Fred Meyer for slate.com, in the last four years Brown has won “a Ford Explorer from Coca-Cola, $10,000 from RC Cola, a computer from Toys “R” Us, and a California-to-Mexico cruise for four.” There is certainly a method to the madness of sweeping. Brown and fellow hobbyists truly believe the odds are in their favor and have no plans to stop.

Long time sweepers agree that when you treat it like a hobby, and don’t expect to win, it remains something fun and exciting to do. Keep going and enjoy the wins as they come. Hard work and consistency pay off more than anything in the world of sweeping.