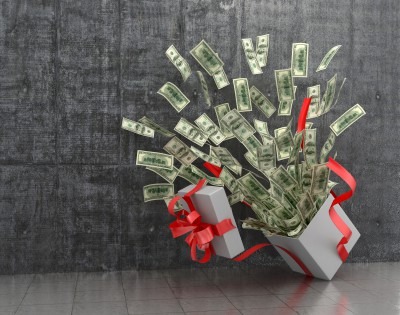 Across the United States, millions and sometimes billions of dollars in lottery prizes go unclaimed every year. Here’s a look at why this happens and where the money goes afterwards.

Why does this money remain untouched? Lotto officials can narrow down the city and even store the ticket was purchased in. However, they have no way of knowing who the individual is that purchased the winning ticket. There could be any number of reasons why the winner does not claim their prize. Lost tickets, failure to check second chance drawings, and not wanting to deal with the financial responsibilities of large winnings are just a few reasons why money could potentially go unclaimed.

This is not uncommon. An article posted on insideedition.com states that, “More than $2 billion in lottery prize money went unclaimed in 2017 in the U.S., according to research from lottery expert Brett Jacobson. At least $24 million in winnings went unclaimed in California in 2016, while in Michigan, winners missed out on more than $27.6 million in 2017. A $77 million ticket purchased in Georgia in 2011, a $31 million ticket purchased in New York in 2006 and a $68 million ticket bought in New York in 2002 have all gone unclaimed. And oftentimes, winners of smaller, but still hefty, prizes are also unaware that they have in their possession a golden ticket.”

Secondary prizes are something that many people don’t consider. 43 out of 44 states that host a lottery have second chance drawings. They will randomly select additional people to win cash and various other prizes. According to an article written by Chris Isidore for cnnmoney.com, “People don’t even realize there are secondary prizes. And even if they do know, people often don’t bother to check their tickets once they hear there was no jackpot winner or the winning ticket was bought out of state.” If you’re going to spend money on a lottery ticket, be sure to do the extra work and check to see if you’ve won a secondary prize. You could win anything from a new blender to millions of dollars in cash. It doesn’t require a lot of effort and could easily be worth your while.

If nobody comes forward with a winning ticket, what happens to the money? Yoni Blumberg of cnbc.com writes, “If the prize goes unclaimed by the deadline, according to the Mega Millions website, “each participating state in the Mega Millions game will get back all the money that state contributed to the unclaimed jackpot. States set their own priorities on how they spend that unclaimed prize money.” Many states use their unclaimed money to fund education. Georgia, for example, reserves some of the money to help fund gambling addiction programs.

If you purchase a lottery ticket, see it through to the end. However, if you can’t or decide not to, you can feel good about your potential winnings funding important projects within your home state.