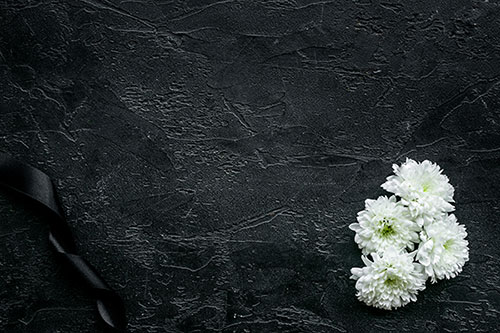 As magical as it seems to win the lottery, for some, it spells disaster. There are quite a few people who have died shortly after they won big. The cause of these deaths vary greatly and each one is terribly sad. Here are some of the circumstances and unexpected deaths of lotto winners.

This Florida resident was the winner of over $30 million dollars. He was a big spender and indulged excessively for years until he mysteriously disappeared in 2009. One year later, his body was found under a concrete slab. Police turned their investigation on a woman Shakespeare had been associated with. Although the circumstances still aren’t perfectly clear, this woman is now serving time in connection with his murder.

Burch was just 20 years old when he won the Georgia lottery in 2015. Two short months later, he was found dead in his home. After a violent home invasion, he died from multiple gunshot wounds. The robbers charged into his house with masks and guns demanding his money. When Burch couldn’t find his wallet to give them his bank card, they shot him and fled the scene. It was noted that he had recently used a portion of his winnings to purchase Christmas presents for the less fortunate. A truly sad display of senseless violence.

Gough was a huge horse race enthusiast. He won over $14 million dollars and had no problem spending it. According to an article written by Derrick Mathis for ranker.com, “He blew millions at the tracks and other gambling pursuits. Apparently, he wasn’t the brightest apple in the barrel either; he invested a large amount of his cash in shady business deals. In short, his wife left him and he ended up penniless. So upset was he over his financial ruin that he suffered a heart attack at the home of his nephew and died.”

Can you imagine winning $270 million dollars? That’s the amount of money David Edwards won. In his first year alone, he spent $12 million. Purchasing things such as mansions, cars, and a Learjet, he soon found himself penniless. In fact, he ended up living in a storage unit with his wife. Due to medical problems stemming from drug use, he passed away at 58 years old. It’s certainly a compelling riches to rags story.

Murray was a mother of four who had every intention of making her money last. She kept a low profile, continued to work and lived completely within her means. However, her kryptonite was her taste in men. She grew tired of her boyfriend and threatened to break up with him. He was so enraged by this, he stabbed her to death. This was about a year after she collected her winnings.

Winning the lottery may not be all it’s cracked up to be. These recipients in particular might have agreed that it isn’t worth all the trouble.