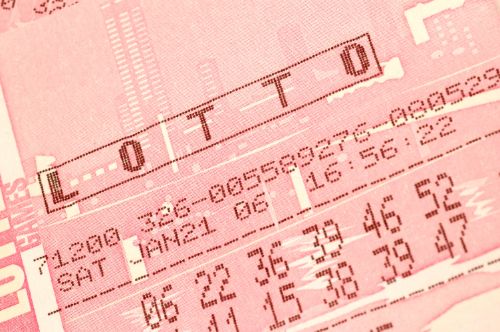 You’re not unlucky, you’re just living in the wrong state. If you’ve been playing the lottery for years without success, the reason might have a lot to do with where you live. In case you’re in the mood to relocate, here are the states that have produced the most lottery winners.

Out of the 50 states in the continental U.S., only 45 sell lottery tickets. Additionally, Washington D.C., the US Virgin Islands and Puerto Rico participate as well. Nevada, Alaska, Utah, Hawaii and Alabama are the five states who do not. For different reasons, they have each decided against participating. There’s always a chance they could reverse their decision in the future. However, for the sake of this article, it goes without saying that those five states are out of the running for states with the most (or any) lotto winners.

Powerball was introduced to the public in 1992. What started out as a relatively small operation, has grown into one of the biggest lotteries around. Indiana holds the top spot for the most Powerball wins. With 39 winners, it has some impressive stats. Missouri and Minnesota come in second and third place respectively. It comes as no surprise that Indiana (and other surrounding states) would have the most winners. They have all been selling Powerball tickets since its early days. Interestingly, there are only four participating states (and the US Virgin Islands), who haven’t sold a ticket with a winning number.

Mega Millions began in 2002. While this particular game started 10 years after Powerball, it has continued to produce quite a few winners. New York holds the top spot for most Mega Millions wins. Hillard Grossman, a writer for usatoday.com elaborates further by saying, “When it comes to the Mega Millions, only 25 states have claimed big jackpot winners, with New York’s 37 mega-millionaires leading the way. California is second with 31 and Ohio recently joined New Jersey in a third-place tie with 20. Sadly, three winning Mega Millions jackpot tickets – all bought in New York, in 2002, 2003 and 2006 – went unclaimed.”

This article doesn’t take into account the length of time each state has been participating in these lotteries. For example, a state who didn’t start selling tickets for Powerball until 1996 might have less of a chance at producing winners than a state who has been involved with Powerball since the beginning. Additionally, when there were fewer states participating, the chances of winning were higher. Population is something to consider as well.

From now on, if you lose the lottery, you have something real to blame it on. If you live in any state other than the ones listed above, your location is clearly at fault! Above all, if you decide to play the lotto, have fun with it. Maybe you’ll be the reason the number of winners in your state increases by one.