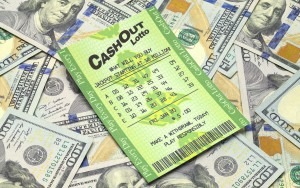 Millions of people from all around the country participate in the lottery year round, all in an attempt to cash in and become rich overnight. The allure for most is the lavish lifestyle that comes with all the money: never working again, houses, cars, jewelry. But is it actually worth it? What are the negatives that come with it?

Yes, bankruptcy! As crazy as it sounds the main negative that statistically comes with winning the lottery is bankruptcy. A whopping 70% of lottery winners end up bankrupt in just a few years after receiving their financial winnings. The day winners receive their large financial increase, they are statistically more likely to declare bankruptcy in the subsequent 3-5 years than the average American who did not win a large sum of money.

The next sad fact for the people playing the lottery in hopes to dramatically change their financial situation, is that the majority of the 30% that statistically with not declare bankruptcy were financially well off prior to receiving their winnings. Obviously, showing that people who already have learned how to successfully manage money are able to continue to manage their money when their net worth shoots through the sky over night. Which shows that just because someone receives enough money to make them rich for a lifetime does not mean that they will be. They still have to learn how to manage their money or it will be gone almost as quick as it came.

Obviously this one is a little less statistically backed, but it is a real stigma that is out there. There was a multiple year stretch starting in 2010 where nearly all of the big nine digit winners were dying. Winding up dead shortly after striking it big by either freak accidents like getting struck by vehicles while walking, suicides, or even murder.

We all know the saying that money can’t buy happiness which goes to explain why people with more money than my entire neighborhood would still feel they have nothing to live for and commit suicide. Especially because you can expect every long distant family member you never met want to plan a family reunion when you name is plastered on the news for winning the lotto.

Along with the victimization of your long distant relatives and ‘friends’ that you haven’t talked to in decades showing up with their hand out, there is also the more criminal victimization winners have to cautious of. When people go public with their winning they are much more likely to end up murdered or the victim of robberies and burglaries. Which is why a lot of winners lately have been taking every precaution possible to keep their identities a secret by wearing a mask, gloves, long sleeve shirt, and pants when they go to take ownership of their winnings.

With all the above negatives that come with winning the lottery, I know you will still be tempted to play when you see that life changing amount of money you could win.