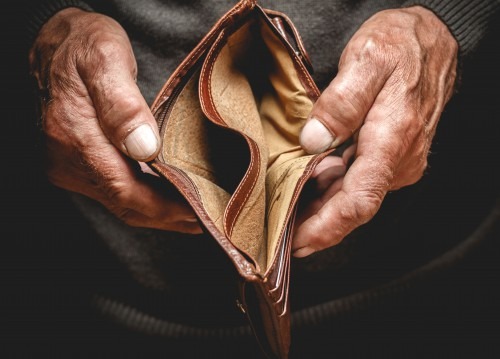 You wouldn’t normally associate the words ‘bankrupt’ and ‘lottery winner’. To the average person, winning the lottery would mean you would be financially taken care of for life. However, the reality is there are a large number of people who squander their payout in an alarming amount of time. Here are a few interesting people who did just that.

Lee was a South Korean immigrant who ran a wig shop. She won over $16 million after winning the lottery in 1993. Despite her exponential new wealth, the money was gone within a decade.  Lee donated a large amount of her winnings to the Democratic election campaign. Her donations were so large, she was invited to attend a fundraising luncheon and sit next to Bill Clinton. She also donated a large sum of money to Washington University’s School of Law and was awarded the honor of a reading room named after her. These huge monetary gifts coupled with reckless spending and gambling left Janite filing for bankruptcy in 2001.

This man has gone down in history as the ‘Beverly Hillbilly’ of lottery winners. He spent some time in jail during his life and worked at carnivals before his luck changed. Post won $16 million in 1988! As you can imagine, his poor money management skills and spending habits continued on a larger scale. He would see something he liked and buy hundreds of that one item. Finally, after purchasing an airplane, he officially ran out of money. He was $500,000 in debt within three months of his win.

Rossi won $1.3 million in the late 90’s. She kept the win a secret from her husband of 25 years and immediately filed for divorce. He was quite shocked because it was completely without warning. One day, Rossi’s ex-husband opened a piece of mail that asked if Denise wanted her winnings ‘in a lump sum or annual pay outs’. He immediately went to a lawyer and the pair went to court. Unfortunately for Denise, the court ruled that she had not been honest in her declaration of assets and the remainder of her money was awarded to her ex-husband.

Adams won the lottery twice within a 2 year span. Her incredible luck led her to win $3.9 million and another $1.4 million in the early 90’s. A resident of New Jersey, she took her winnings to Atlantic City and lost a large portion of her money. According to an article written by David Sweet for bankrate.com, “The New York Post caught up with her at a New Jersey trailer park. “I’m broke now … I work two jobs,” she told the newspaper. “My advice to anyone (who wins) would be to go to your lawyer and accountant first”. Wise words unfortunately learned too late.

Winning the lottery can be more of a financial nightmare than a blessing for some people. Let their failures encourage you to make smart fiscal decisions.