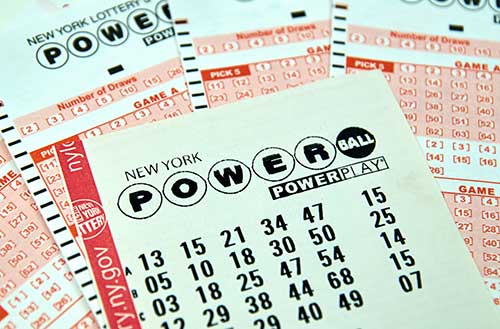 The Lottery has a top notch marketing strategy. They play on people’s hope and convince them that they have a real shot at winning the jackpot. While there’s no doubt that lottery winnings have changed countless lives over the years, is it really worth playing? Let’s take a look.

If you’re still having trouble conceptualizing how much of a long shot winning is, have no fear. An article written for investopedia.com explains, “Let’s look at it another way. Assume you went to the largest stadium in the world—which happens to be in North Korea. Imagine the stadium was filled to capacity and everyone inside was entered in a lottery with a single winner. In that case, your odds of winning would be 1 in 150,000.

Would you be sitting on the edge of your seat in that stadium as they were announcing the winner? To equal the odds of winning the Powerball jackpot, you would have to fill that same stadium to capacity 1,947 more times and put all of those people together and have the same drawing with a single winner.”

The Lottery uses several marketing strategies to help entice people to play. Specifically, they prey on people who are in desperate financial situations. As previously mentioned, they give people a tremendous amount of hope knowing the odds are not in their favor. They also focus a lot of their marketing and advertising in lower income areas. These are the people who time and time again continue to purchase lottery tickets with the little money they do have. Their hopes are that they’ll be able to pull themselves and their families out of financial difficulties if they happen to win. The sad part is that most of these people will never win. Yet they will continue to funnel money into lottery funds instead of investing or saving money.

Although it might not seem like a lot of cash, even $4-10 a week adds up to a small chunk of change at the end of a year. It’s worth considering putting the money to better use instead of spending it and walking away with nothing. If you’re a frequent lotto player, this is definitely something you should be thinking about.

Is playing the lottery worth your time and money? That’s up for you to decide. However, it’s important to be cognizant of how much money you’re spending on tickets. Chances are that money could be put to better use elsewhere.